Towards a Universal ‘We’?

Author and philosopher Carolin Emcke on combatting hate, achieving global solidarity,
and the need to rethink the European project.

In the early days of the Covid-19 pandemic, there was a brief moment during which a sense of belonging to a global community was felt across the world. The fact that so many people, at the same time, nearly everywhere, all faced the same threat made room for solidarity and a feeling of unity across borders. You could almost say that a universal ‘we’ arose, albeit briefly before it was replaced by more division, closed borders, and a torn public discourse.

According to German author and philosopher Carolin Emcke, this universal ‘we’ is something which we should all strive for – individuals, politicians, societies, and nations – and not just in periods of crisis or extreme uncertainty. It may be an idealist project, Emcke admits, but she insists that it is nonetheless an important one – even, or perhaps especially, in today’s fragmented political reality. How do we think and act in a world where the universal ‘we’ is our ideal? To attempt to find an answer to this question, we sat down for a talk with the renowned thinker and writer during her visit to Heartland Festival in Denmark this Summer.

Although Carolin Emcke had already made a name for herself as an editor and war reporter for Der Spiegel, doing reportages from war-torn areas like Kosovo and Gaza, it was with the publication of her 2016 book-length essay Gegen den Hass (Against Hate) that she cemented her position as an influential thinker. The essay, which has since been translated into ten additional languages, can be described as an exploration of how hate is produced and with what consequences. The examples Emcke draws on in her investigation include racially motivated murders of citizens by police, homo- and transphobic aggressions, and politically motivated assaults on other marginalised people. Among the instances treated in her essay is an attack by right-wing groups on a bus carrying refugees, which occurred in Germany in 2015. To Emcke, the example serves to highlight the dehumanisation that is often at the core of hateful violence against targeted groups:

“The refugees in the coach are not seen as part of a universal ‘we’. They are being negated as human beings with individual histories, experiences, and qualities. And, at the same time, they are being made visible or construed as others, as ‘not us’,” she writes.

Belonging to a universal ‘we’ – and being recognised as part of it – is to Emcke what shields one from becoming an object of hatred. This universal ‘we’ does not require that everyone conforms or acts in unison, nor is it a final level we can only hope to reach. It is not a static ‘we’ or a “compulsively self-homogenising mass”, as she puts it. Rather, it is a concept based on respecting and celebrating diversity and plurality. It is also a concept that requires the existence of a secular state which creates the conditions for it to flourish by permitting and protecting a plurality of individual beliefs and ways of life.

Most would probably agree that the universal ‘we’ Carolin Emcke describes is challenged in today’s world. In facing hate – whatever form it takes – it can seem difficult, if not impossible, to meet intolerance with the opposite. But idealism, to her, is exactly the point. It is not a challenge or a barrier, but a prerequisite:

“To say the idea of a universal ‘we’ is a bit idealistic is beside the point. When I speak of a ‘we’, evidently, this is a normative term: one that should become. If you do not have an understanding of a universal ‘we’, you are not able to criticise things like inequality or the lack of freedom for some and not others. If, on the other hand, you have a normative conception of a ‘we’, such criticisms become possible,” she says, adding that the idea of a ‘we’ needs to be accompanied by a constant, self-critical questioning of how we act and talk.

As an author and a journalist, Carolin Emcke has long been documenting and criticising violations of human rights. But something has changed, she says, since the publication of Against Hate six years ago.

“If we look back at 2016 when the book was first published, those of us who were critical universalists, human rights activists, and speaking out against authoritarian movements were often ridiculed and treated as if our points of critique were only the concerns of an urban elite. It was as if we were disturbing this international discourse of realpolitik. We were treated as if we didn’t see the bigger picture, as if there were hard economic facts that determined the need for economic relations with Russia. Our concerns for human and civil rights were, to a certain extent, dismissed as ‘just identity politics’,” she says.

“We see the same discourse around China today as we did with Russia back then. We see it, for instance, in connection with the treatment of the country’s Uyghur population. With the recent leak of police files from China showing the reality of the situation, it is beginning to dawn on more people what is going on. But for years, human rights activists and survivors of these camps have publicly spoken out against the regime,” Carolin Emcke says.

With Russia’s attack on Ukraine and the strong reactions from European nations that followed, the case could be made that the EU has started acting as a ‘we’ in an unprecedented way. But while Europe may be united against the threat of a belligerent neighbour, Carolin Emcke sees plenty of areas where Europeans struggle to find common political ground. How, for instance, should proponents of the sort of universalist and tolerant mindset that Emcke espouses act when the governments of EU member states like Poland and Hungary devaluate human rights and work to weaken the independence of their judicial systems?

“We need to be really strict,” she answers and elaborates: “You cannot allow countries to dismantle democratic structures, legal independence, or mistreat minorities within the EU. If Poland says they want to create LGBT+ free zones, that is not Europe. We can’t react with ‘oh, they may just need a little more time’ or accept their anti-democratic, illiberal policies.”

Going even further beyond these criticisms of what she sees as a lack of commitment to fundamental principles of civil rights among EU member states, Carolin Emcke argues that the Union itself needs to be reimagined.

“On the practical, empirical level, Europe is based on an original sin: the idea that it could be just an economic union,” she says and continues: “Who we want to be as a union is one question. Another question is what kind of structure we want. Is there a size limit for democracies – can they be too big to work? A third issue is how we determine which social, economic, and political questions are to be decided on the local level, on the national level, and on a transnational level. These questions need to be asked again.”

It may be impossible for all EU member states to agree on all political matters. But that doesn’t mean that acting together to pursue higher ideals cannot work, Emcke argues. Here, again, her concept of a universal ‘we’ becomes central, and a goal to aim for.

“Rising up against hatred by joining together in a ‘we’ that enables us to speak with one another and act in solidarity, that would be a courageous, constructive, and delicate form of power,” she says. “Europe is a great example of the fact that achieving a universal ‘we’ does not require homogeneity – because we never were homogenous,” she stresses.

“It is an illusion to assume that there is the European and the African continent. If you reflect on the colonial past and the composition of our societies, there are no clear boundaries. If you look at our history and societies, we are such global, plural ‘we’s’ already.”

One thing is the theoretically grounded philosophical argument for the necessity of a universal ‘we’. Another thing is the question of whether we have the capability to ever achieve such an ideal, except during momentary periods of extraordinary

hardship. The outbreak of the Covid-19 pandemic may have allowed a glimpse of global solidarity, but it didn’t last. If even a deadly, globally spreading virus is not enough to forge a more permanent sense of unity, then how likely is it that Emcke’s vision will ever become a reality?

“At the beginning of the pandemic, I was very optimistic. I would even say that the sense of global vulnerability moved me. It was the first time I felt how interconnected and dependent on each other we all are. It was such a shock to me how quickly that feeling was deconstructed, how the compassion was amputated, and how fast we all resorted to following and comparing national statistics as if we were participating in the pandemic Olympics.”

Even if the feeling of a global community dissolved, Carolin Emcke’s is still optimistic that greater unity can be achieved in the future.

“There is something that gives me hope, and that is the fact that we felt it once. This sign of solidarity and vulnerable humanity is something that cannot be negated afterwards. We must appeal to that feeling when we argue for more solidarity within Europe or between Europe and the Global South.”

Perhaps part of that solidarity was rooted not only in the shared experience of the pandemic itself, but also in the shared experience of being genuinely and deeply in doubt – of not knowing with absolute certainty which strategy was the safest, which path would lead us most quickly and least painfully to the other side. Here, doubt suddenly found a place at the table of global public discourse. For Carolin Emcke, making room for doubt is a central tenet of a free democracy – not only in times of crisis and uncertainty.

“Let me first say that there are certain issues where you shouldn’t doubt. But we should treasure doubt as a philosophical measure, as something we address to avoid orthodoxy and dogmas. What distinguishes democratic societies from non-democratic ones is the so-often criticised Enlightenment and its ability to call into question dogmas, traditional beliefs, or religious certainties. Authoritarian regimes have one thing in common: this mode of self-doubt is something they cannot stand. That is why I think it matters.”

This is a featured article from Issue 03 of FARSIGHT: A World Pulled Apart? 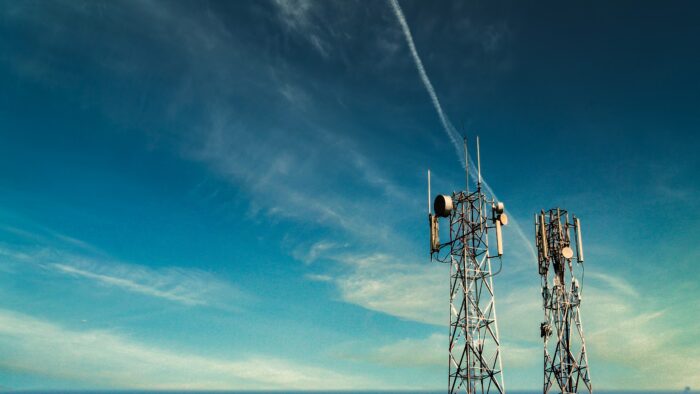 Sub-Saharan Africa is unevenly online. Here is how the region could strenghten its global connectivity to foster socioeconomic development.
Monika Volgyi